Fruits are some of the most versatile ingredients used all over the world. They can be eaten raw or cooked in various ways. You can have them for breakfast, lunch, snack, and dinner. They can be used as garnishes, as a side dish, as a flavor enhancer, or even as the star of the dish itself. In fact, you can have fruit in soups, salads, appetizers, main dishes, drinks, and desserts.

Fruits come in all kinds of tastes – sour, sweet, bitter, spicy. But aside from being some of the tastiest foods known to man, fruits are also good for you. Especially these ten fruits from around the world.

Did you know that bananas are classified as berries? It’s one of the fruits that are available all year round in the south, east, and southeast Asian countries, where it originated. In fact, just lumping bananas into “dessert bananas” and “plantains” won’t cut it there – many of the countries have separate local names for each of its varieties, of which there could be as many as ten.

Bananas are rich in potassium, which is an important mineral to the body. It helps regulate water and electrolyte levels, and keeps nerves in the muscles healthy. In fact, a diet high in potassium can help prevent kidney stone formation, high blood pressure, and bloating.

One unique thing to bananas, especially the starchier plantains, is their carbohydrate content. It’s a resistant kind of carb that’ll make you feel full longer. No wonder many athletes and bodybuilders eat bananas before working out.

Avocados originated from Mexico, where it is used to lend a creamy flavor to many savory dishes. But did you know that this luxury fruit is eaten for dessert in some Asian countries? In the Philippines, for example, avocado is a popular ice cream flavor.

Like bananas, avocados are also rich in potassium, magnesium, and fiber.

Pomegranates originated from the Mediterranean and Middle East, but did you know that they’re one of the oldest fruits around? Legend has it that it was the fruit that caused Persephone to be imprisoned to the underworld with Hades for a third of a year… but that’s another story.

Pomegranates can also reduce the risk for cancer, lower blood cholesterol, and even help and prevent erectile dysfunction.

The strawberries you know and love today were first cultivated in France in the late 1800s, but did you know that wild strawberries have been around since ancient times? The Romans have used strawberries as medicine.

For all their sweetness, strawberries are great for people with diabetes or prediabetes, because the berries have a low glycemic index. Strawberries are also good antioxidants, which can help reduce the risk for cancer and other chronic diseases.

Strawberries are also rich in potassium, folate, manganese, and vitamin C, which is essential for immune health.

You might know that grapes have been around for a long time because of its reference in the Bible, but did you know that the earliest documented domestication of grapes goes as far back as 6000 BC?

Grapes have many varieties, depending on where they’re grown. The common grape, however, is native to southwest Asia, Central Europe, and the Mediterranean.

But no matter if they’re red or purple, grapes are powerful antioxidants. Their levels of resveratrol and quercetin are proven to prevent heart disease and lower blood cholesterol.

Aside from resveratrol, grapes are also high in anthocyanins, which can also reduce inflammation.

Grapes are also rich in potassium and iron, a mineral that’s helpful in preventing anemia. In fact, it’s known that Gandhi would drink grape juice during his long periods of fasting to give him strength.

95% of the world’s supply of lemons are grown in Arizona and California, but did you know that the fruit is thought to have originated from India? Even the name, “lemon”, seems to have Middle East Asian origins. It simply means “sour fruit”!

But what everybody knows is that lemons are high in vitamin C. Vitamin C is a water-soluble vitamin that boosts the body’s immune system.

Aside from vitamin C, lemons are rich in flavonoids. Flavonoids are plant nutrients that give them a rich color, which is yellow. For people, flavonoids act as antioxidants. The flavonoids in lemons are also thought to have antibacterial properties.

Aside from vitamin C, lemons are also rich in potassium, folic acid, and fiber.

Did you know that you can ripen a pineapple faster by turning it upside down? This forces the sugars to flow up to the leafy top, which evens out the ripening.

Pineapple is a tropical plant, and the only one among its family, the bromeliads, that can produce an edible fruit. It’s rich in vitamin C and manganese, which is needed by the brain and nervous system to function properly.

Pineapples are also abundant in bromelain, which are enzymes that can help break down protein. In cooking, this means you can use pineapples and pineapple juice to tenderize meats. In the body, however, bromelain helps in protein digestion.

Early research reveals that bromelain is also a promising anti-cancer and anti-tumor substance.

Did you know that when it was first discovered, the grapefruit is called the “Forbidden Fruit”?        Grapefruits are the result of the accidental cross pollination of pomelos and sweet oranges. It originated in Barbados, in the Carribean region in the 17th century.

Grapefruits have the highest levels of vitamin C of all citrus fruits. It’s also high in flavonoids. Another compound in grapefruits, furanocoumarins, is another powerful antioxidant. Early research has found it to be effective against some forms of cancer.

Did you know that they freeze in just four minutes? Nothing beats fresh blueberries, however.

Blueberries are among the world’s superfoods. They’re high in vitamins C and K, fiber, and manganese. Their anthocyanins, which give blueberries and grapes their blue color, is the highest in all edible fruits.

Blueberries are such an antioxidant powerhouse that research has shown that they can help people with Alzheimer’s, cardiovascular disease, and diabetes.

Apples are among the world’s most popular fruits. They’re so common that they seem unassuming… but they’re actually nutritious. They’re free of any cholesterol, sodium, and fat. They’re high in vitamins C and K, potassium, and fiber. They also have moderate levels of B vitamins.

Apples have plenty of antioxidative phenols like flavonoids, especially in the skins. They help regulate blood flow and pressure, and improve cardiovascular and brain health. In fact, some studies have found that apples can help those with Alzheimer’s and diabetes.

Apples are also rich in pectin, which helps the good bacteria in the gut. Having healthy gut bacteria is essential for good digestion and immunity.

Now that you know about the powerful healthy effects of these fruits, why don’t you snack on some right now? Your body will thank you! 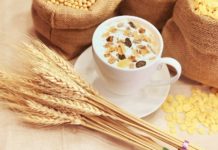 Is Eating Grain Healthy for You? Everything You Need to Know 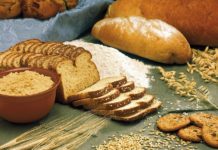 Sugar in Fruit—Is It Bad for You?