Cancer is a serious illness that continues to plague many people across the world. In fact, it’s the second-leading cause of death worldwide.

As such, many people are baffled by how cancer starts, precisely because it doesn’t show up on a scan early enough to be treated well and eventually cured. Most of the time, cancer is detected when it’s at the final stages, crippling the patient and reducing his chances of living through the disease.

In this article, let’s take a look at how cancer starts to develop. We’ll also quickly explore what happens as the disease progresses to its final stages.

Cancer is a disease caused by rapidly-dividing cells proliferating throughout the body. It can start in a single organ or body part, then gradually get bigger until the cancerous tumor breaks off and spread through the entire body.

Tumors are the characteristic feature of early-stage cancers. These tumors are tissue masses formed from the rapidly-dividing cancer cells. They can invade nearby tissues and cause damage to them. Also, tumors can break off and infect other tissues and organs in the body.

Some types of cancers do not present with tumors, though. One example is leukemia, cancer of the blood. This can make leukemia hard to detect in its early stages.

The acronym CAUTION UP enumerates the general symptoms suggesting cancer (regardless of what type of cancer it is):

A person with cancer starts to get more frequent fevers and pain in body areas where the cancer started. Experiencing pain is usually a sign that cancer has spread to other parts of the body.

The Human Cell – Where Cancer Begins

All types of cancer begin in the human cell.

Cells are the foundations of the human body. Millions and trillions of cells grouped accordingly make up our tissues, organs, and internal/external body parts.

Different body parts are composed of various kinds of cells. Usually, these cells perform different functions depending on which part of the body they are. However, their structures are generally similar to each other.

A cell is made up of a cell membrane, nucleus, and many other tiny organelles. The cell membrane acts as the cell’s outer protective part. Meanwhile, the nucleus sits at the heart of the cell and acts as the main control center.

The nucleus is further made up of thousands of genes. These genes contain coded messages called deoxyribonucleic acid (DNA) that instruct the cell how it should behave.

Furthermore, genes also contain protein and a molecule called ribonucleic acid (RNA). These two substances dictate what kind of cell it will become, when it should divide, what it should do, and when it will die.

Normally, the human cell divides as its way to produce more cells. A single cell divides to form two cells, then the two new cells will divide to form four new cells, and so on. Dividing cells make identical copies of themselves.

Cells divide to replace aging or damaged cells. But healthy human cells know the right time when to divide and when to stop. If the cells sense that there are enough of them in a particular tissue or organ, they produce signals to tell themselves to stop dividing. As a result, healthy individuals have just the right number of cells needed by the body.

Cell division is largely controlled by the genes inside the cell. Proteins and RNA determine when to start and stop cell division.

Changes in genes may happen as cells divide. These changes are known as mutations. A gene mutation changes the normal instructions the cell receives on how it behaves. Mutations may cause any or both of these:

Mutation then causes the cells to divide very quickly, growing out of control since there’s no signal to stop them from making copies of themselves. And since mutation can also cause a cell to live longer than it should, more and more cells clump together instead of dying and being orderly replaced by new ones.

The mutated cells with unstoppable and rapid cell division are now turned into cancer cells. Here are their main characteristics:

Tumors start with groups of cancer cells pushing aside normal cells in tissues and organs. A small tumor in its early stages may get its nourishment from the blood and oxygen that circulates in nearby cells.

Where Does Mutation Come From?

A cell’s genes may mutate when it is exposed to certain cancer-causing substances called carcinogens. Examples of known carcinogens include:

Also, cancer can be inherited from either side of a person’s family. If you have a strong family history of any type of cancer, there’s a greater risk that you may acquire the disease later in your life.

As the cancerous tumor grows larger, it sends signals to create its own network of blood vessels. These newly-created blood vessels now send the nourishment of blood, nutrients, and oxygen for the cancer cells to continue its growth.

Cancer cells can also spread to new blood vessel networks. Hence, the dangerous cells can travel anywhere in the body through the bloodstream. This often happens when the cancerous tumor is already too large.

Cancer cells can also get inside the lymphatic system. By doing so, the cells can get anywhere in the body, even far away from the tissues or organs where they started.

Now, as cancer cells continue to divide rapidly, the tumor can grow so large it pushes and displaces the normal cells beside it. This is considered a local invasion of tissue and is termed invasive cancer.

Cancer cells also create enzymes that allow normal cells and tissues to break down. This is another reason why dangerous cancer cells grow even bigger in such a short period.

We’ve given you an overview of how cancer starts and what happens after a cancer tumor starts growing. Simply put, cancer starts with changes in the cell’s genes, making them multiply rapidly until they go out of control.

Armed with this information, you can now take steps to a healthier lifestyle to prevent cancer as much as you can. 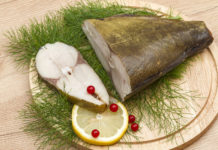 The Best Ways to Keep Your Brain Healthy 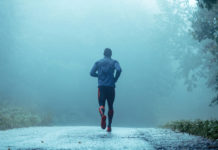 How To Get Proper Form For Running

Sugar in Fruit—Is It Bad for You?